Shifts in Consumer Behaviour: Make do and Mend? 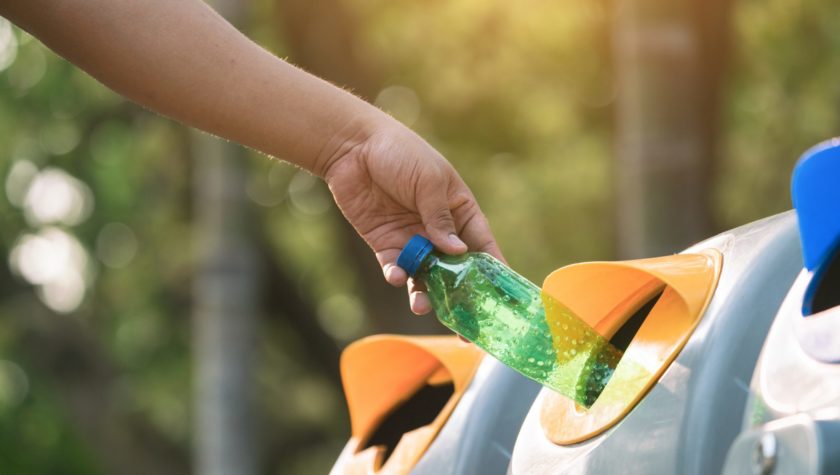 Younger generations are choosing to express their demand to act to avoid impacts from climate change in many ways – from protests through to their buying choices as consumers. This has impacted retail sectors and created new platforms and models, but how might these trends in consumer behaviour manifest themselves in the infrastructure sector? From apps to share material banks of re-usable building materials to engaging energy suppliers to consider re-use of their structural assets and transmission infrastructure, new generations may use their purchasing power to encourage new practices.

The younger generation have made a clear declaration that the impacts of global warming and climate change are of high importance to them and their concern is resulting in growing demands for change and for politicians and leaders to act. This includes the rise of celebrity and support for people like British naturalist David Attenborough, whose popular television series documenting nature and the environment brought a new wave of awareness to British viewers and Greta Thunberg who, at the age of 15, inspired a global movement of children skipping school to call for action on climate change. It is also manifested through events like those organised by Extinction Rebellion – an environmental movement with the stated aim of using nonviolent civil disobedience to compel government action to avoid tipping points in the climate system.

Younger generations are also choosing to express these demands through their choices as consumers. Take the clothing retail sector as an example: people are waking up to the fact that although fast fashion may provide affordable versions at a fraction of designer cost, the industry has a disastrous impact on the environment. This first led to a rise in “recycling” behaviour (donations to second hand shops and clothing stores putting out collection bins) which has also proven to be environmentally problematic – much of the material sent for donation has not been suitable for recycling and has ended up being either burned or dumped (the equivalent of one garbage truck full of clothes is burned or dumped in a landfill every second).

Now there is a push for re-use and repair models – either by buying fewer pieces and wearing them for longer, or the growth of business models which allow for rental and repair (such as Rent the Runway in the US).  Similarly, with goods and furniture, there have been a plethora of new platforms enabling the re-selling and upcycling of goods, with a trend in younger consumers looking to make more sustainable purchases.

But how might these trends in consumer behaviour manifest themselves in the infrastructure sector?

If the push for re-use and repair of goods grows, it is likely to impact the choice of material and construction of the built environment around us. This could mean more optimisation of end-of-life of the building/materials (from pieces that can be de-constructed and re-used elsewhere, to the development of more durable materials, like R&D in self-healing concrete). Overall this places a greater focus on maintenance, repair, upgrades, removal, deconstruction and re-use…what is referred to as ‘Circular Economy’ principles. On the design side, this extends to how spaces can be used and adapted as requirements change over time (considering modular building techniques and flexibility in building). The importance of considering these concepts from project design onwards is something that the Design Principles for National Infrastructure encapsulate by encouraging new major infrastructure projects to embrace four core values: climate, people, places and value. These principles encourage projects to take account of changing needs.

With consumers showing more interest in where their energy comes from, more suppliers are offering green energy tariffs (such as Bulb and Good Energy, which provide 100% of their energy from renewable energy sources). With more consumers wanting to put their money where their environmental conscience is, there may be a growing drive for energy companies to do more within the energy infrastructure sector. These could include further work on opportunities for developers to reuse onshore wind turbines and bases or identifying re-use opportunities relating to grid and transmission infrastructure.

There is a clear and direct impact on the types of materials that can be re-purposed and recycled, access to such facilities, and clarity and understanding on what materials and goods can be recycled – and how effective that is on environmental impact. Looking outwards from consumers to construction and the built environment, this trend could extend the waste and recycling sector to consider the remanufacturing of building materials: as this is a thought piece, allow us to consider the extension of consumer platforms (like the TooGoodToGo App aimed at reducing food waste by connecting stores which have unsold food that would go to waste, with consumers who are able to buy this food at a reduced cost) to the construction and infrastructure sectors. Moving towards piece-by-piece demolition and a log of unused materials, think about the idea of creating a register or bank of materials and stock which could be reused in other projects.

Younger generations are travelling less by car – but admittedly, this is not all down to climate perceptions. Changes in travel demand by car has been attributed to a wide range of causes, from societal shifts to remote working to rising costs of owning, operating and insuring a car pitted against lower wages. General trends in urbanisation, car sharing schemes and improved public transport networks further push this trend, while cycling, walking and public transport are perceived to be better for health and the environment. Together, these factors might contribute to the decline of the car network and a push for better connectivity in public transport networks.

What has become clear in the past few years is that younger generations are conscious of climate change putting their future at risk, and are increasingly vocal about their concerns. Decision makers shaping the future of the infrastructure of the cities they live in will not just have to listen to these thoughts being vocalised, but will also have to consider the consumer decisions they make because of it.

Opinion piece by Sakthy Selvakumaran, a Chartered Civil Engineer currently undertaking a PhD at the University of Cambridge